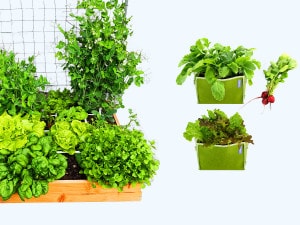 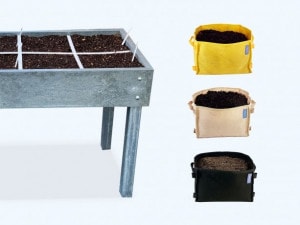 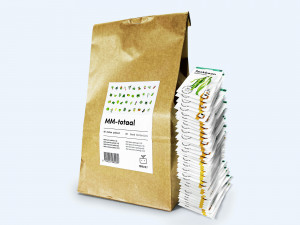 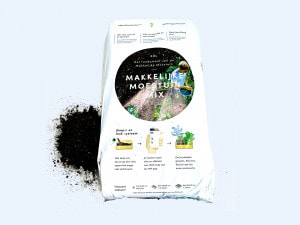 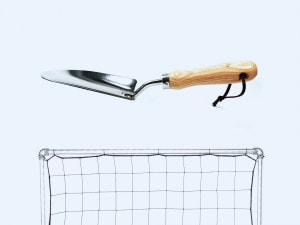 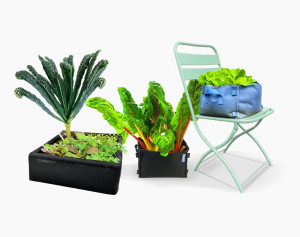 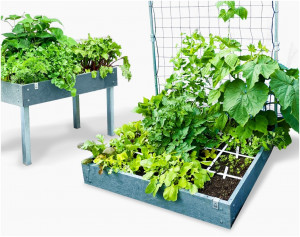 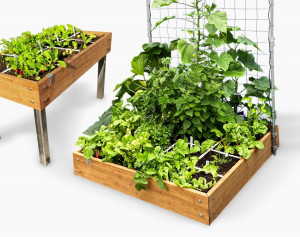 Everything you need to know in 1 minute.

If you want to read everything.

October: get your vegetable garden ready for spring 🌱

Why are my plants turning yellow?

Yellow leaves on your plants. They don't look all that great, but it's not always a bad sign. I'll walk you through the different causes:
Sometimes readers ask me why their plants are turning yellow.

"Am I doing something wrong?"
"Am I watering too much/not enough?"

Let's start with the last one: no, of course not. There is never anything wrong with MM-mix 😉

Usually, I'll ask for a picture so I can see what the problem is - if you can call it a problem at all. Because most of the time it's completely normal for a plant to look less than perfect.

Here's a photo of snow peas in early July:
They don't look all that great, do they? Especially compared to the beginning of summer, when the plant was starting to bloom.

But when you consider how a plant works, it makes sense.

Plants - just like animals and our distant ancestors - have one major goal: to produce offspring. In order to do that, they need to generate fruits or flowers. Once a plant has flowers, fruits, and seeds, it will put all its energy into those. It won't put as much energy into the leaves.

With snow peas and sugar snaps, it happens fast: as soon as the pods appear, the leaves at the bottom of the plant start to turn yellow and wither.
By picking your snow peas when the plant is still young, you encourage it to produce even more flowers (and in turn, more snow peas). But this doesn't last forever: after about two or three weeks you'll have harvested all your pods. Then it's time to remove the plant and free up the patch for something new.

Tall snow pea plants will continue to produce new side shoots with flowers. But you won't harvest as much from them. So, if you need the space, you're better off removing them.

If your potato plants are turning yellow, that's usually a good sign: it's time to dig.
Onions and garlic are the same. As soon as the leaves turn yellow and wither, they're ready.

Tomato, beans, and zucchini leaves often turn yellow in early summer. Especially when it is colder during the day and wetter at night. After all, these are real summer vegetables that don't like cold and wet.

If the weather is nice and warm, the plants do well from the start.

There were a few cold Junes when I thought my summer vegetables wouldn't make it. They didn't grow much, became yellowish, and the stem dried out. But just when I wanted to give up on them, they recovered and had a major growth spurt.
The same can happen really hot weather. You'll see some of your vegetables shed their yellow leaves, just like trees:
Go ahead and cut them off. As long as the upper parts of the plant still look good, it shouldn't be a problem.

And if you see a yellow leaf or two, there's no need to panic.  There's a good chance they'll make a comeback.

Other reasons for yellow leaves

Of course, there are other reasons too.

If the soil mix is too wet and boggy, it deprives the roots of oxygen. This can cause your plant to turn yellow. If you use the MM-mix and your garden boxes have good drainage, this shouldn't be a problem.

But if it's been raining non-stop for weeks and weeks, even a Planty Garden can't cope with that.

Make sure your plants get enough sunlight. They use it to generate a lot of their own nutrients. So, watch out for shade-makers.

Like bean plants. Beans can grow 40-50 cm tall. That's why they belong at the back of your garden box. But even heads of lettuce can make too much shade if they're growing in front of small seedlings.

This parsley was wedged between the beans, chard, beets, and cucumbers:
But you can see it's still got that fighting spirit: it hasn't given up just yet 🙂

Just one more thing about nutrients. Plants produce them themselves, but they also draw nutrients up from the soil.

If there isn't enough nitrogen in the soil, for example, your plants will look weak and yellow.

The MM-mix contains the right balance of nutrients for all your plants. You just have to replenish it with plant food when you've harvested a patch completely and are ready to sow again.
Plants that have been in the same patch for a long time - like tomatoes and zucchinis - need an extra scoop of plant food every 4-5 weeks.

Add it at the foot of the plant on top of the MM-mix. Gently rake it in, add some water, and that's it.

Too much water can cause your plants to turn yellow, but so can too little. They can dry out and eventually die.

But even if you consistently water your garden with a hose, there's another risk: hot hose water.

When you leave a garden hose in the sun, the water left in it can get really hot. If you water your plants with boiling hose water, you'll most likely kill them.

So, drain the hose into a bucket first and check the temperature. Then water your plants.

And last but not least: Some people expect their vegetables to look just like the ones they buy at the store.

That produce has been cultivated in controlled environments, usually in a greenhouse. They're selected for their shape and size, so the odd-looking ones don't make it to market.

You can't compare store-bought vegetables with ones grown at home, where your plants are exposed to wind and weather. Plus snails and other pests.

On top of that, every plant is unique. Even if you sowed them at the same time in the same square patch:
I mean, I do harvest a lot of gorgeous vegetables - nicer than the ones from the store - but there are always a few that look funky.

And almost all of those go straight into the pot with the others: my stomach doesn't know the difference.

The moral of the story

Don't expect your plants to always be and/or remain perfect. Same goes for people, right? 😉

But seriously: garden boxes full of fresh green vegetables are great, but it's natural for that to change as the year goes on. And it doesn't matter much, as long as you can keep harvesting from them.

For the stragglers and strugglers: unless your plant is really sick, just keep an eye on it for a while. And if really don't like the look of it, remove it and sow something else. You're the boss.

But again, some plants are late bloomers. Just like people 🙂

Get tips & tricks in your inbox

When you sign up, I’ll send you the top 3 things beginners get wrong. And how you can get it right.